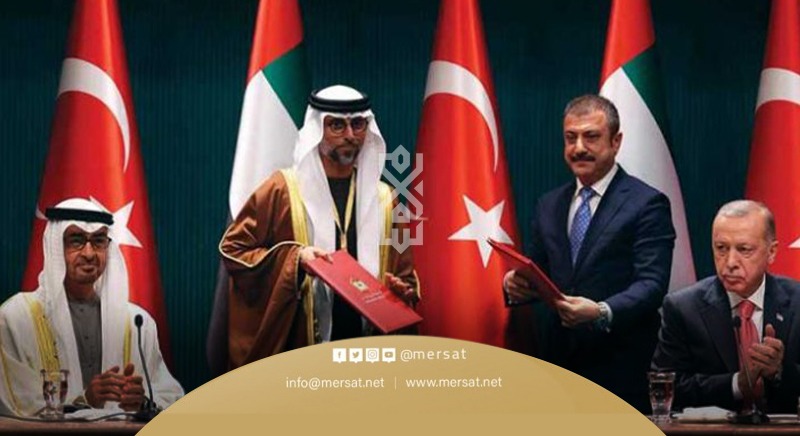 The Turkish Foreign Economic Relations Board Chairman Nail Olpak said trade between the two countries had previously reached about $15 billion and then declined over time to $3 billion.
Olpak expressed the hope that trade relations between the two countries would return to their previous state, especially after Turkish exports rose 95 percent last year compared to the year before.
In terms of real estate, Türkiye has conducted 141 projects in the UAE worth approximately $13.5 billion to date, according to the Turkish Foreign Economic Relations Board Chairman.
He emphasised on the importance of mutual meetings between Turkish and Emirati parties to improve the trade relations level.
He noted that there are many fields where we can cooperate to strengthen business relations, most notably projects to be implemented within Dubai Vision 2040.
He noted that $130 billion in base and superstructure projects will be implemented within this vision until 2040.
He said they have received offers to participate in the conduction of these projects against the backdrop of the successes achieved by Turkish companies in this sector.
Olpak said 25 Turkish companies attended "UAE-Türkiye Business Council: Development & Construction Roundtable 2022", as well as 30 other participants representing Emirati companies.
"Turkish companies have identified themselves and the most significant projects they have conducted in the past."
He added that the UAE seeks to diversify its sources of income, not be content merely with income from oil revenues, therefore it shows interest in several fields and is particularly interested in investing in several areas in Türkiye, most notably energy, food, health and digital technology.
Source: Anadolu Agency.
Edited by Mersat Real Estate Team ©

Metrobus the fastest way of transport on the land of Istanbul

The transport dilemma in Istanbul is a real and daily challenge for the population, who owns transportation in Istanbul has a wide choice
More..

The Eurasia Tunnel; an Imitation of the Fictional Atlantis.

A tour to learn about the customs and traditions of Turkey

Through this article, the editorial team at Mersa Real Estate will inform you about the most important customs and traditions in Turkey
More..

Is Purchasing a Property in Türkiye after the New Condition a Right Option?

What can I benefit financially from real estate investment in Türkiye?and What services does Mersat Real Estate provide in investment management?Details in our article
More..

What are the conditions for obtaining Turkish citizenship through real estate investment?

Real estate is your way to obtain Turkish citizenship

Some people want to obtain Turkish citizenship through "a property under construction" in particular.. What is the reason behind that?
More..

With a $300 million capital, the UAE "ADQ" and the Turkish Sovereign Wealth Fund announced the launch of the "Turkey Technology Fund" with the aim of investing in various investment capital funds
More..

In conjunction with the anniversary of the conquest of Constantinople, the first seedling was planted at Ataturk Airport
More..

The Ministry of Environment, Urbanization and Climate Change is considering a project to impose a general ban across Türkiye on the use of fireworks
More..

What is the most important thing you should pay attention to when buying an apartment in Turkey? The answer is in our next article
More..

Fun places for children in Istanbul

Istanbul is one of the most beautiful cities, since it has many unique tourist attractions. Here are the most distinct ones of these places
More..