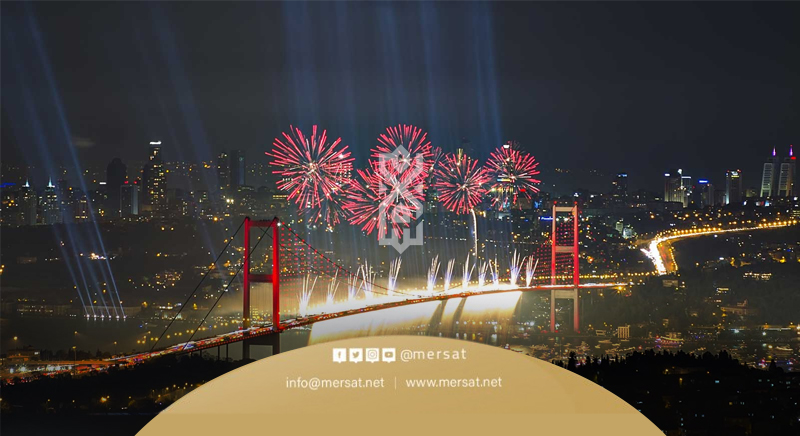 The Ministry of Environment, Urbanization and Climate Change is considering a project to impose a general ban across Türkiye on the use of fireworks, although some municipalities have implemented fireworks ban separately, the nationwide ban will cover all kinds of firework.
The ban is part of a draft regulation on the treatment of noise and visual pollution, which also seeks to suspend construction activities in areas close to public examination centres in all its branches nationwide, starting from a day before the exam to the end of the examination period. It was also decided that the Ministry would refer to noise maps before granting approval to entertainment venues seeking licenses to play music.
The regulation will set binding time limits for noisy activities in all its forms, such as allowing construction work only between 7 a.m. and 10 p.m. on weekdays, and only between 10 a.m. and 10 p.m. on weekends.
Concerts, marches and other similar events will also be permitted only between 10 a.m. and 10 p.m. in residential areas.
The ministry began developing noise maps for cities in 2012. Traffic remains a major contributor to noise pollution even in small towns, as well as airports which are located in the city centre generally. Other pollutants include railways near residential areas and entertainment venues that play loud music, especially in coastal tourist cities, as well as noise from industrial areas.
Edited by Mersat Real Estate Team ©

Metrobus the fastest way of transport on the land of Istanbul

The transport dilemma in Istanbul is a real and daily challenge for the population, who owns transportation in Istanbul has a wide choice
More..

The Eurasia Tunnel; an Imitation of the Fictional Atlantis.

A tour to learn about the customs and traditions of Turkey

Through this article, the editorial team at Mersa Real Estate will inform you about the most important customs and traditions in Turkey
More..

Is Purchasing a Property in Türkiye after the New Condition a Right Option?

What can I benefit financially from real estate investment in Türkiye?and What services does Mersat Real Estate provide in investment management?Details in our article
More..

What are the conditions for obtaining Turkish citizenship through real estate investment?

Real estate is your way to obtain Turkish citizenship

Some people want to obtain Turkish citizenship through "a property under construction" in particular.. What is the reason behind that?
More..

With a $300 million capital, the UAE "ADQ" and the Turkish Sovereign Wealth Fund announced the launch of the "Turkey Technology Fund" with the aim of investing in various investment capital funds
More..

In conjunction with the anniversary of the conquest of Constantinople, the first seedling was planted at Ataturk Airport
More..

The Ministry of Environment, Urbanization and Climate Change is considering a project to impose a general ban across Türkiye on the use of fireworks
More..

The Topkapi Palace is one of the largest and oldest historical palaces in the world, and one of the few palaces left nowadays, with its unique architecture and sections, which remain hidden from the public eye
More..

Turkey includes in its territory many types of real estate among its flanks, and now you may be wondering which one to choose? The answer is our next article
More..